Wakefield and Tiverton and Honiton byelections: even Boris Johnson loyalists will now be worried for the next election 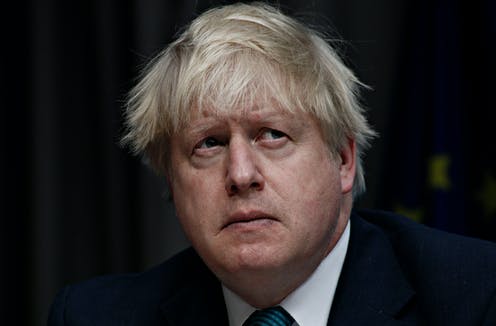 The scale of byelection defeats in Tiverton and Honiton in south-west England and Wakefield in the north of England might have Conservative rebels wishing they had waited a few weeks to hold a no-confidence vote in Boris Johnson. For the 148 MPs who voted against him, these results might have swayed just enough of their colleagues to join them in toppling the prime minister.

This was the Lib Dems’ third successive crushing of Johnson’s party, following byelections in Chesham and Amersham in south east England and North Shropshire in the West Midlands. The party now appears poised to take other rural and southern seats at the next election.

Meanwhile, the new blue wall of northern constituencies taken from Labour in 2019 is already crumbling. Labour has taken Wakefield back from the Conservatives, after Tory MP Imran Khan was jailed for sexually assaulting a 15-year-old boy. Many blue wall seats require only small swings to return to Labour. **The 12.7% swing which turned Wakefield back to red was more than three times the 3.8% required, indicating the fragility of the majority constructed by Johnson’s Conservatives in their remarkable 2019 election triumph.

In Wakefield, the Conservative share fell by 17.3%, while in Tiverton and Honiton it collapsed by 21.8% – results that may give Labour hope for the next election.

What’s next for Johnson?

In the immediate aftermath of these two byelection results, Oliver Dowden, the chairman of the Conservative party, resigned, saying “somebody must take responsibility”.

Johnson has perhaps one last chance to reestablish himself as the electoral asset which, combined with his championing of Brexit, is what propelled him to leadership in the first place. The party is losing its confidence in Johnson, as the recent confidence vote suggests, but his huge general election win in 2019 has been evidence enough to keep him around.

Yesterday’s result is a further blow to Johnson’s reputation as an election winner. The loss of shire counties – Conservative strongholds – at next year’s local elections would be even more painful, and surely spell the end – even for a leader well versed in riding his luck.

Johnson’s MPs are acutely aware that they are friendless in parliament (with the arguable exception of Northern Ireland’s DUP members). While other political parties could fight an election aiming to establish a coalition, a Conservative leader needs an overall majority. Winning outright now looks like a mighty challenge – not least for a party which will be asking the electorate to extend its period in office to nearly 20 years.

The Conservatives can fairly argue that the swing against them in Wakefield was not spectacular by byelection standards. But up north, these days, only modest shifts will return a swath of northern seats to Labour.

Meanwhile, the Liberal Democrats suffered a net loss of seats at the last election, but still increased their share of the vote in 574 of the 611 constituencies the party contested. The party now lies second in 88 seats, of which 80 are Conservative-held. Johnson may be a lucky general – but he has never fought on so many fronts – and at the moment he is losing.

Byelections are too often discounted as temporary froth. This is foolish. The demise of Margaret Thatcher, the last Conservative leader to win an outright majority at more than one election, is attributed to Europe, the poll tax and Cabinet hostility. But three crushing byelection defeats just a month before the fatal leadership challenge against her should not be underestimated.

John Major’s 1992 triumph was followed by regular byelection disasters. The Conservatives lost all eight seats it defended in byelections in the following parliament, including one just three months before being roundly defeated by Labour in the 1997 general election.

Read more:
Tiverton and Honiton byelection: rural communities are itching for the chance to cast a protest vote

Tony Blair’s byelection successes provided a surefire indication that New Labour would be comfortably reelected. Blair was the byelection king, with Labour never losing a contest for one of its seats to the Conservatives under his stewardship. Thirteen seats were successfully defended, the only two reverses being to the Liberal Democrats. Things deteriorated and we knew Labour was heading out of power when the party, under Gordon Brown, lost byelections in Crewe and Nantwich (2008) and Norwich North (2009) on 18% and 17% swings respectively.

After a mid-term parliamentary gain (Hartlepool from Labour last year), Johnson now has a poor byelection record. Two seats have been held, but one of those was uncontested by the other main parties – all four other contests have been lost.

As party leader, Johnson desperately needs an improvement in opinion poll ratings, and these losses don’t help. If he survives until next year, he will need credible local election results if there is to be any confidence in him taking the Conservatives into the next election.

Jonathan Tonge does not work for, consult, own shares in or receive funding from any company or organisation that would benefit from this article, and has disclosed no relevant affiliations beyond their academic appointment.