Ukraine war: a dangerous time to be a Russian-installed official in occupied territory

Moscow has long used proxy leaders to provide a facade of independent legitimacy for territory it controls and it did so after occupying territory in the east of Ukraine in 2014.

This tactic has been used again in areas taken by Russian forces since the February 24 invasion. As soon as a territory was occupied by Russian forces, Moscow replaced elected representatives and installed pro-Russian proxies to run the administrations.

But Moscow has often been unable to find popular candidates to fill the roles and one of the reasons for this is that it has become fairly dangerous to collaborate. According to a tally compiled by wartranslated.com, a volunteer project that translates reports about the war into English, there have been 19 attacks on pro-Russian Ukrainian officials since March this year.

These reports were confirmed by the Moscow Times, an independent English-language newspaper which has been edited from Amsterdam since earlier this year when Russia passed laws effectively criminalising reporting about the war in Ukraine.

Many of these have been in the Kherson region of southern Ukraine, where Kyiv has recently begun a counteroffensive. Among them was Alexey Kovalev, the deputy leader of Kherson, who was found shot to death in his home in the Russian-occupied Ukrainian town of Hola Prystan.

A former Ukrainian MP, Kovalev announced in June that he was now working with the Russian invaders. His girlfriend was reportedly also badly injured with a stab wound to her neck.

Kovalev’s killing at the end of August followed what appears to be the attempted assassination of his boss, the leader of Russian-occupied Kherson, Vladimir Saldo. Saldo was reportedly taken to a hospital in Crimea and then to a toxicology unit in Moscow apparently suffering the effects of poisoning. Saldo was reportedly also the target of a car bomb in July, which was “discovered and defused in time”.

Reports are linking these attacks to the build-up to the Ukrainian counteroffensive in Kherson, which began in earnest last week. But it has become increasingly apparent that life as a Russian-installed official in Ukraine is dangerous.

The referendum in Kherson on joining the Russian Federation had been postponed due to the security situation. The announcement was made by the deputy head of the pro-Russian administration in Kherson, Kirill Stremousov, who told Russia’s Tass news agency: “We are not running before the hounds and are focused on our key task – to feed people, to ensure their security.” However, Stremousov reportedly made his announcement by video from a hotel in the Russian city of Voronezh, although he denied fleeing and claimed he was working there.

There have been killings and attempted assassinations of officials in other Russian-controlled territories. In Berdyansk, in the Zaporizhzhia region of eastern Ukraine where Russian troops are occupying Europe’s largest nuclear plant, the deputy chief of police, Alexander Kolesnikov died on August 26 after being targeted by a roadside bomb.

Similarly, Ivan Sushko, the Russian-appointed head of the occupied village of Mykhailivka in Zaporizhzhia, was also killed by a car bomb, as was Yevgeny Yushakov, head of the administration of the Veliky Burluk in Kharkov. Oleg Shostak, head of the propaganda unit in occupied Melitopol, was badly injured by a car bomb.

Ukraine’s president, Volodymyr Zelensky, has let it be known that any “Gauleiter” – the slang being used to refer to collaborating Ukrainian officials, taken from the word used for district officials in Nazi Germany – will be caught and punished.

The word has particular significance for Ukrainians. During the second world war, when Ukraine was occupied by German troops, many anti-Soviet Ukrainians fought alongside them against Ukrainian partisans.

The Ukrainian military has been training irregular units made up of civilians who have volunteered to take up arms against the invasion. Over the six months of the war, civilian resistance in occupied regions has moved on from putting up posters and hanging Russian uniforms from high street signs. Now, in addition to the assassinations, there are reports that informal resistance units are mounting major operations.

According to an unnamed adviser to Zelensky, quoted in the Guardian, the attack on Crimea’s Saky airbase on August 11 involved such partisans, although this has yet to be confirmed. The attack destroyed at least nine Russian warplanes and was a major propaganda coup for Kyiv, showing that Ukraine could take the war to the Russians. Partisan groups are thought to be operating in tandem with Ukraine’s special forces, created in 2015 to recuit partisans and operate in Russian-controlled areas.

These attacks and assassinations are attempting to create an atmosphere of fear for any Ukrainians who have chosen to switch sides and work on behalf of the occupying forces.

Ukrainian prosecutors have said they are working to identify Ukrainians siding with the Russians. In June it was announced that 480 individuals were under investigation for collaborating. Ivan Fedorov, the exiled mayor of Melitopol told Newsweek that Russian troops would kill collaborators when they had no further use for them.

As Kyiv’s counteroffensive unfolds across southern Ukraine, there is no doubt a growing number of pro-Russian officials who are hearing these warnings and becoming increasingly apprehensive.

Stephen Hall does not work for, consult, own shares in or receive funding from any company or organization that would benefit from this article, and has disclosed no relevant affiliations beyond their academic appointment. 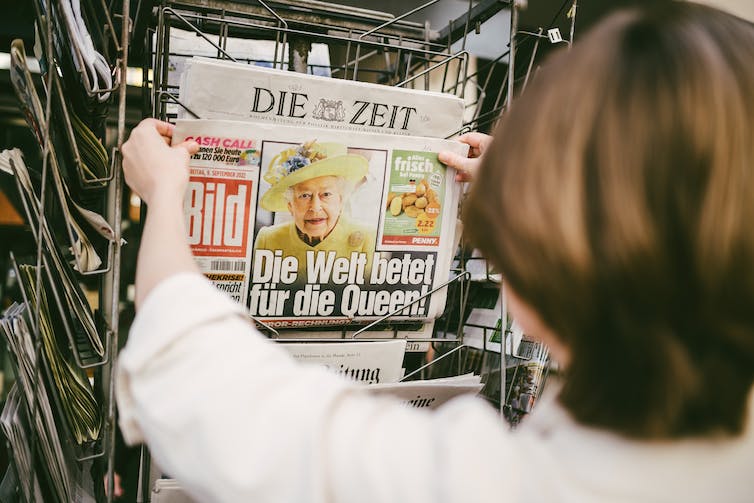 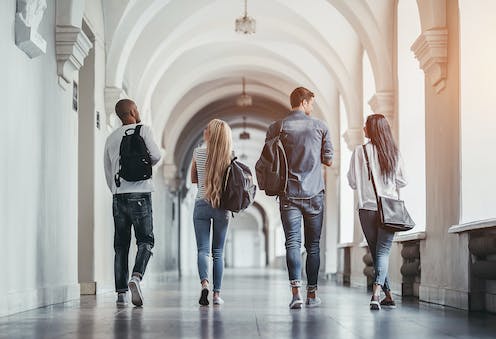 Nuclear war: does it take luck or reasoning to avoid it? Lessons from the Cuban missile crisis, 60 years on