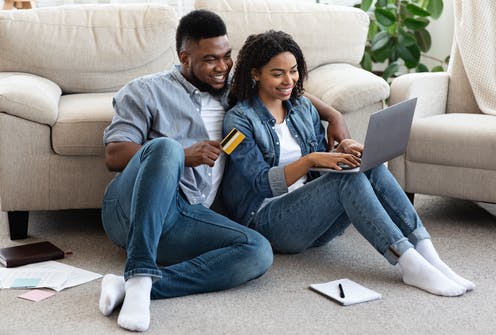 After the pandemic and now a cost of living crisis, it seems unthinkable that the economic situation could get worse. But experts are pretty certain that the UK economy will flatline in 2023, and some are even murmuring that a recession could happen this year.

Technically, a recession means two or more consecutive quarters of negative growth in a country’s economic activity. This is measured using real Gross Domestic Product (GDP). “Real” means that the effect of price changes has been stripped out, so real GDP is a measure of the volume of activity in the economy.

Recessions matter because typically, if activity contracts, unemployment rises and wages stagnate. Clearly, the loss of a job triggers a sudden, traumatic shock to your finances. Meanwhile, stagnant wages cause your living standards to fall, especially when inflation is high as it is now.

The UK has experienced two recent recessions, during the 2008 financial crisis and in the first year of the pandemic. Both have hit younger people hardest, as shown in the chart below.

The 2020 recession shut down much of the UK’s hospitality sector, which has a high proportion of younger workers – overall, one in seven people under the age of 25 found themselves out of work. During the recession in 2008-09, the situation for younger workers was even worse. The UK unemployment rate rose to 8% generally but was over twice as high for the under-25s. This was due, in part, to firms cutting back on graduate recruitment schemes.

The principal driver of the current potential recession is the ongoing war in Ukraine, which is compounding existing global supply shortages – especially of oil, gas and essential foodstuffs such as grain and cooking oil. This is pushing up prices, costs and uncertainty, causing both firms and households to act cautiously, depressing economic activity.

Meanwhile, the Bank of England is trying rein in inflation by raising interest rates. This works by deliberately aiming to suppress economic activity, adding to the risk of recession.

As a young professional, there are a few steps you can take to build your financial resilience and protect yourself:

Deal with your debt

Struggling to keep up debt repayments if times get really tough can be the straw that breaks your finances. Try now to pay off any costly forms of debt, such as credit cards.

But don’t overpay your student loan if you have one – unlike other debts, these repayments automatically stop if your income falls below the repayment threshold (currently £27,295 for many graduates).

Sustainable investment: want a green place to start putting your money away? Here’s what you need to know

What a £350,000 average house price means for first-time buyers in Great Britain

Evaluate your saving and spending

If you can, build up a buffer of savings that you can dip into if you were to lose your job. As a rule of thumb, aim to cover three-to-six months’ worth of spending, but whatever you can manage will provide some help. Keep these savings in a bank or building society account where you can access them easily and be sure of the amount you’ll get back.

If you’re in the fortunate position of having additional money to invest, falling stock markets could create good buying opportunities. But there’s a lot of uncertainty and stock markets could slide further, meaning the value of your investments could fall before hopefully eventually rising.

Be especially wary of cryptocurrencies. These are more of a gamble than an investment. The UK’s financial regulator warns that you should only risk money that you are prepared to lose.

If you are planning any big-ticket purchases – new furniture or a holiday, for example – think about deferring them until later. Similarly, now might not be the best time to start a family.

On the flip side, there may be purchases you can bring forward to save you money later. If you’re planning to buy your own home, for example, it could make sense to do this sooner if a mortgage would cost less than your current rent.

Creating a budget can help you see whether you can free up some money each month for these goals. Use a mobile budgeting app or the government-sponsored MoneyHelper web-based budget planner.

Another way to build resilience is to diversify your potential sources of income so that, if you were to lose your job, you would have another string in your financial bow. For example, does your industry use freelance consultants? Do you make things you could sell online, or have other useful skills?

You might also check whether there is a local exchange trading scheme in your area. These schemes, found worldwide, allow you to trade goods and services directly with people in your local community, earning and paying in time credits or a local currency. By baking or teaching, you could earn credits that you then spend with other members who, say, grow vegetables or do electrical work. By operating outside the national economy and national currency, these schemes may help maintain your standard of living during a recession.

Finally, make sure you know where to get information about your rights and financial help if you were faced with job loss – see, for example the MoneyHelper website.

Jonquil Lowe does not work for, consult, own shares in or receive funding from any company or organization that would benefit from this article, and has disclosed no relevant affiliations beyond their academic appointment.

Quiet quitting: why doing less at work could be good for you – and your employer 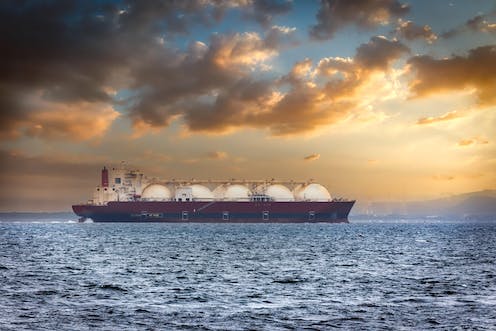 Why are gas prices still high despite oil getting cheaper – and what will happen next? Energy expert Q&A