mentatdgt/Shutterstock Have you found yourself altering how you speak when you find yourself in a more formal situation? Do you tone down your accent or stay away from words that may only be known in the area you are from? If so, you may already be experienced in code-switching. In linguistics, code switching refers to […]
END_OF_DOCUMENT_TOKEN_TO_BE_REPLACED

G-Stock Studio/Shutterstock Anyone who’s cared for a young child will recognise the signs. They’ve had too little sleep or missed a nap, they’re cranky, tearful, and stroppy, and they can’t or won’t fall sleep. They are “overtired”. But is such a thing really possible – to be more tired than tired? You can listen to […]
END_OF_DOCUMENT_TOKEN_TO_BE_REPLACED

Freedom House ranks gap year favourite Vietnam lower than Qatar on political rights and civil liberties. Raphael Rivest / Shutterstock As host of the World Cup, Qatar is currently in the spotlight for years of human rights violations, particularly concerning the treatment of migrant workers and laws on homosexuality. Many have questioned how football fans […]
END_OF_DOCUMENT_TOKEN_TO_BE_REPLACED

h The death of Mikhail Gorbachev, the last leader of the Soviet Union, under whose leadership the communist bloc was brought to an end, was met in the west with tributes and personal reminiscences by leaders who had met him and enjoyed his company. This reverence wasn’t matched in Russia or in several of the […]
END_OF_DOCUMENT_TOKEN_TO_BE_REPLACED

How celebrity footballers can help reduce prejudice against minorities – podcast

In the latest episode of Discovery, an ongoing series via The Conversation Weekly podcast, we hear about recent research that showed how a Muslim celebrity footballer helped reduce Islamophobia. When Mohamed Salah joined Liverpool football club in 2017, he quickly became the Premier League team’s star player. As Liverpool went from success to success, fans […]
END_OF_DOCUMENT_TOKEN_TO_BE_REPLACED

Should sports cheats be prosecuted? When violence in the ring or on the field becomes criminal

Andrey Burmakin / Shutterstock Professional boxing is no stranger to controversy. The British Medical Association, the trade union for doctors in the UK, has called for years for the sport to be banned due to its damaging effects. It has a higher potential for injury than any other contact sport. Boxing encourages participants to knock […]
END_OF_DOCUMENT_TOKEN_TO_BE_REPLACED 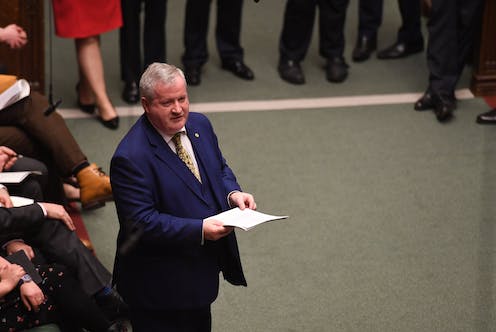 Ian Blackford speaks during the state opening of parliament in 2019. UK Parliament/Flickr, CC BY-NC Ian Blackford, the Scottish National Party’s leader in Westminster, has announced that he is resigning from the post. Having survived two attempts by his own MPs to remove him already this year, there is speculation that he has jumped before […]
END_OF_DOCUMENT_TOKEN_TO_BE_REPLACED 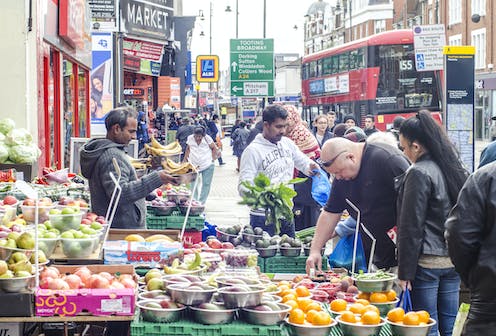 Multicultural Tooting High Street, London. William Barton/Shutterstock The latest release of data from the 2021 census has given us new information about the languages people speak across England and Wales. There is growing linguistic diversity: over 90 different languages were reported as the main language of people living in England and Wales. However, the ways […]
END_OF_DOCUMENT_TOKEN_TO_BE_REPLACED

Emmanuel Macron has just completed the first major state visit to the US since the pandemic. As central pillars of Nato and the broader western, democratic alliance, France and the US are historic allies. However, there was a sense of tension ahead of this particular visit, mainly because of concerns that a trade war between […]
END_OF_DOCUMENT_TOKEN_TO_BE_REPLACED

The war in Ukraine has put Turkey into the geopolitical spotlight. One of Nato’s earliest member states, with a special relationship with Russia, Turkey is attempting to balance its competing interests, as well as increasing its own influence. Meanwhile, Turkey is in the middle of launching a military operation into Syria which challenges its relationship […]
END_OF_DOCUMENT_TOKEN_TO_BE_REPLACED

Jirsak / Shutterstock Prime Minister Rishi Sunak has denied reports that the UK is reconsidering its relationship with the EU. The “Swiss-style deal” rumoured to be favoured by some in the government would result in a softer form of Brexit, six years after the referendum. Although not a member of the EU, Switzerland is a […]
END_OF_DOCUMENT_TOKEN_TO_BE_REPLACED

The German government has become divided over a deal, agreed last month, which saw Chinese conglomerate Cosco invest in the Port of Hamburg. The deal had been in the works since September 2021 and was championed by the chancellor (and Hamburg’s former mayor), Olaf Scholz. Scholz’s coalition partners have been vocal in criticising the deal. […]
END_OF_DOCUMENT_TOKEN_TO_BE_REPLACED
Advertisement