Plagues of wasps? A scientist explains why you shouldn’t panic about rumours of rising populations 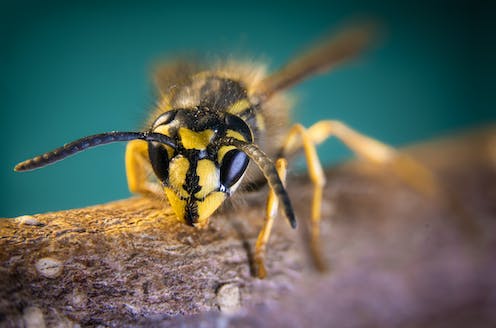 Late summer is all about BBQs, ice creams and parents counting down the days until schools open. Then along comes a wasp. There’s some screaming and flapping (mostly by the parents). Usually, no one gets stung and the wasp disappears. And yet we treat the arrival of this small insect at our picnic as if a tarantula has invited itself to tea.

It’s no surprise we act this way.

Every summer, newspapers shower us with headlines about the horrors of wasps. As a wasp expert, I am inundated with calls from the media at the end of August, asking me to explain why wasps ruin our late summer fun.

This summer is even worse. This time, newspapers are running headlines blaming the heatwaves for what they are calling huge plagues of wasps invading gardens and claiming Britain is under attack from aggressive “German wasps”.

These articles say this is a bumper year for UK wasps, that wasps are on a crazed stinging frenzy and the heatwaves are to blame.

The source of information that these news reports rely on are from pest-control companies who claim wasp nests are larger this year, and that they’re seeing a 20-30% rise in call-outs for “wasp interventions” than in previous years.

Let’s take a look at the science behind this.

What the research says

It’s too early for anyone – scientists, journalists or pest controllers – to have proper data on how wasps are doing this year. Records are still be being submitted to official data portals such as iNaturalist, Bees Wasps and Ants Recording Scheme (BWARS), the government-funded Pollination Monitoring Scheme (POMs) and the Big Wasp Survey.

In the absence of data, let’s use established research on wasp ecology to work out how heatwaves affect wasp populations. Warm, dry springs are certainly good for queen wasps who are in the first stages of nest founding. This year did see a warmer, drier spring than average, and so more wasp nests than normal will have survived that first life-cycle hurdle. However, the hot, dry summer we are having is likely to be having the opposite effect.

Wasps hunt insects to feed their brood. Our UK insect populations are not adapted to deal with this year’s relentlessly hot, dry summer. Their metabolism and life cycle are out of sync with their food supplies. It’s August and yet flowers are dying, and trees are turning autumnal as they enter survival mode. Dead plants mean fewer plant-feeding insects, which means less prey for hunting insects like wasps.

I asked entomologists (people who study insects) on Twitter about their perceptions of how insects are doing this August. Three quarters of 397 voters thought they’d seen fewer insects in the UK this August than last yeardon’t start sentences with numerals. This shows people’s perceptions, not data, but it suggests insects (wasps and their prey) are not doing especially well this summer.

Why, then, are pest controllers telling us there are more wasps?

Wasp-human interactions are different this year because of how the heatwave has affected their environment and behaviour. In a normal year, most people don’t notice they have a wasp nest until the end of the summer when wasps are furloughed from hunting for the colony and switch to a more sugary diet (your ice cream, for instance). The insect shortage means wasps have to work harder to find food, so they are more likely to visit our BBQs and picnics.

Like all insects, a wasp’s metabolism and activity increase as temperatures rise, meaning that wasps which do come into contact with people may be livelier than normal. But wasps only sting if you provoke them. They rarely sting at random.

If a wasp arrives at your BBQ, stay still and watch her. Work out what she’s after and then give her a small food offering. You are of no interest unless you start waving your arms around and shouting. If you do this you’ll remind her of a predator.

Wasps are essential pest controllers and pollinators. The last few decades have seen widespread declines in insect populations in the UK and globally, largely due to changes in land use.

This summer, entomologists are concerned about the effects of the heatwave on insect populations: it’s not plagues of wasps that we should be worried about, but a dearth of wasps and other insects. At a time when the natural world needs every ounce of support from us (and yes, that does include wasps, along with other essential invertebrates like slugs, spiders and the other creepy crawlies we find it hard to like), scaremongering that fuels people’s prejudice against wasps is irresponsible.

A national TV station asked me to appear on national TV this week to talk about horrific wasp stories. But after explaining to the broadcaster’s researcher that these articles have little scientific truth, they dropped me with the words:

“We might need someone who works in pest control instead.”

Seirian Sumner receives funding from the UK's Natural Environment Research Council. She is a trustee of the Royal Entomological Society, co-founder of https://www.bigwaspsurvey.org/, and has recently published a book on the natural history and science of wasps, ENDLESS FORMS: The Secret World of Wasps (Harper Collins) https://harpercollins.co.uk/products/endless-forms-the-secret-world-of-wasps-seirian-sumner?variant=39532321472590 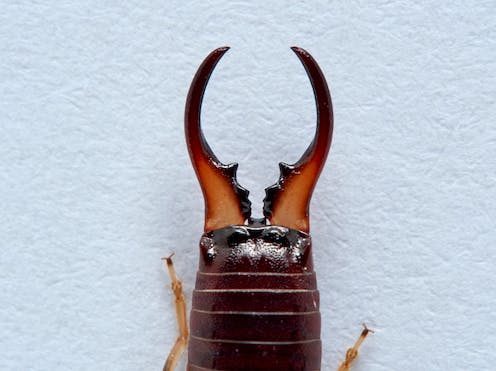