London 2012 Olympics: how it boosted medal winning but failed to inspire a generation 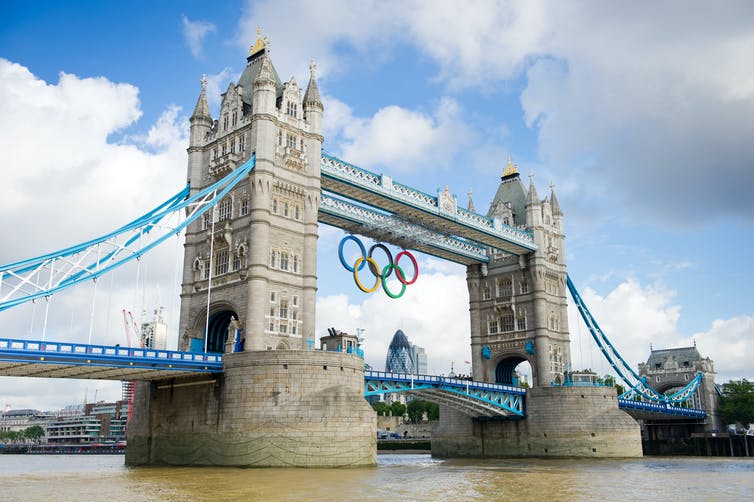 Ten years ago, London bid to host the 2012 Olympic and Paralympic Games. The Games was sold to the British public on the slogan that it would “inspire a generation”.

The idea of inspiring a generation chimed with the basic aim of the Olympic Movement, which is to “build a better world”. It seeks to do this by nurturing the values of Olympism, which are defined as “excellence, respect and friendship”.

In practical terms, this goal reflected the UK’s desire to reinvigorate its international image. It also appealed directly to British political ambitions to solve the nation’s growing obesity epidemic through the commonly held, but often misunderstood, assumption that elite sporting success leads to an increase in people taking part in sport. This is more formally referred to by sports economists as the “demonstration effect”.

The trickle-down effect of the Olympic Games

If inspiring a generation meant increasing sports participation among young people, then the evidence for this is, at best, inconclusive. At worse, it suggests spectacular failure. A review of the evidence of a demonstration effect of hosting the London 2012 Olympic Games concluded

If the primary justification for hosting an Olympic Games is the potential impact on sport participation, then games are a bad investment.

The UK government’s annual Taking Part Survey has tracked the impact on the British public, of engaging with sport and culture, since 2012. The data reveals no discernible legacy effect of the London 2012 Olympics in terms of increased participation in sport. Compared with two years before the Games were held, the proportion of children aged five to ten years old who take up sport has not grown. And there has only been a small increase in the proportion of adults taking up sport.

This trend is consistent with that of other host cities. We conducted a study looking the legacies of cities that hosted the Summer Olympic Games between 1996 and 2020. We found that, except for the Beijing 2008 games, there is no evidence that the Olympic and Paralympic Games have increased participation in sport in the long term. And as sports sociologists Jing Feng and Fan Hong have noted, for Beijing, there remain important questions regarding the accuracy and robustness of their participation data.

If, instead, inspiring a generation was taken to mean galvanising the next generation of Olympians, then we can talk about success. The London 2012 games were undoubtedly a catalyst (though not solely responsible) for turning the UK’s high-performance sport system into the world-class medal factory that it is today.

Compare, for example, Great Britain finishing in 36th place in Atlanta 1996, just behind Ethiopia and ahead of Belarus, with one gold medal, eight silvers and six bronzes, to the last three editions, wherein Team GB finished third, second and fourth in London, Rio and Tokyo, respectively.

The trends show that the UK has become a part of what elite sports performance experts Ben Oakley and Michael Green, in 2001, dubbed the “global sporting arms race”. Team GB has become a benchmark against which many other nations are compared.

Consequently, winning has become firmly entrenched in the British psyche. This is due, in part, to UK Sport, the government agency responsible for high-performance sport, adopting a no-compromise approach to producing medal success for the last 15 years.

But winning has come at a cost. High-profile cases of alleged athlete abuse by coaching staff have been reported across British sports, in cycling, in rowing, in canoeing, in archery, in judo and in gymnastics.

In hindsight, hosting the 2012 games was an expensive lesson in how to manage the legacy of a mega-event. The cost of hosting London 2012 has been shown to have risen to £9.3 billion. There is something to be said for the slogan “inspire a generation” being used to justify that cost and convince the public that there would at least be some long-term benefit.

This would not be the first time that the primary legacy claimed by politicians to justify the cost of hosting the games has not materialised. See the white elephants of the Athens 2004 games, the political fallout of awarding China the 2008 games, or the fraud and corruption of the Rio 2016 games.

Hosting the Olympic Games in London did not inspire a generation to take up more sport. But maybe it will inspire the next generation of host cities to manage legacies more effectively. The Olympics has the potential to bring about positive, meaningful change in sport and society. Future host cities and the Olympic movement must, however, go beyond the rhetoric of slogans like “inspire a generation” and, instead, deliver on the promises made to the public, who, invariably, foot the bill.