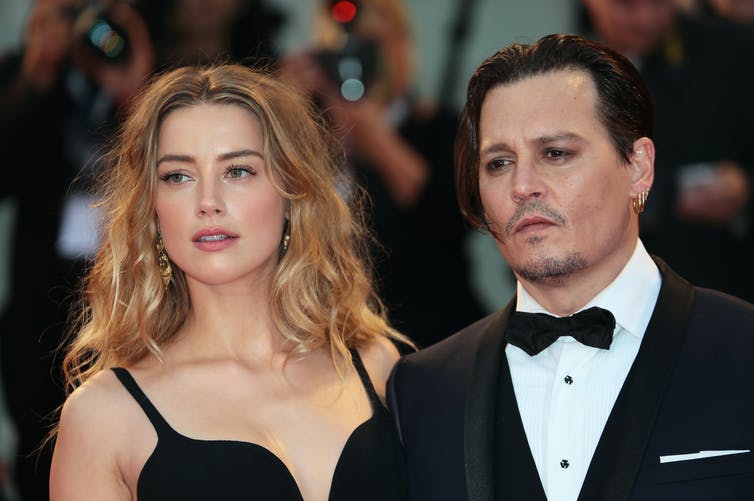 The libel trial between Johnny Depp and Amber Heard has brought a formerly private issue – intimate partner abuse – onto a very public stage. The loud and judgmental response from huge swaths of online observers reveals how little people understand about domestic abuse and what goes on behind closed doors.

I research police responses to intimate partner abuse in the UK. Unlike most of the public, response officers undergo regular training to equip them for intervening in abusive situations and untangling he said/she said allegations.

Here are three things to consider before making allegations about who in an abusive situation is a liar.

Forget who says what – look at the power dynamics

A common issue police encounter is the “he said/she said” conundrum (insert alternative pronouns as appropriate). This arises where the perpetrator and victim tell opposing stories about the alleged abuse. When each person accuses the other of abuse, who do you believe? Perpetrators rarely admit wrongdoing, and the most manipulative will accuse their target of the very behaviour of which they are guilty. Navigating this is difficult, but can be done by paying attention not just to what those involved say, but how they behave.

Victims in coercive or controlling relationships typically believe that their partner has issues that they can fix with dedication. They defend their partners by blaming their abusive behaviour on drugs and alcohol, or by giving them chances to make up for the pain they cause. Not reporting abuse initially or failing to seek medical attention for injuries is common for victims who do not want to get their abuser into trouble. Many also don’t want to make a statement or will refuse to support a prosecution. This can also be a way to demonstrate loyalty.

When it looks like their abuse will be exposed, perpetrators will lash out particularly hard as punishment and work to discredit their victim’s character. They will also use the same charm they used to win over their victim to gain support from the outside world. When confronted with two people claiming to be the “real victim”, look for the one who insists on having the upper hand.

Question your beliefs about gender stereotypes

Recently there has been increased attention and support for male victims of intimate partner abuse. One of the main reasons this has taken so long is the harmful effect of longstanding gender stereotypes: masculinity equals reliability, strength and power, and femininity equals dependence and emotional instability.

According to these stereotypes, it is almost impossible for a male to be a victim, especially to a female partner. Femininity is associated with submission, not power, and admitting to victimisation means admitting a lack of masculinity.

In interviews, male victims told me they had no problem being believed, but felt police perceived the risk of harm as lower where the perpetrator was female. Many female victims, however, still felt that the word of a male perpetrator was believed over theirs and that police did not perceive risk as highly as they did themselves.

Intimate partner abuse is about much more than physical attacks (although there are many ways to hurt someone bigger and stronger than you). Men and women are both capable of intimate partner abuse. Most victims are female because existing social systems – such as the traditional family structure, which confines women to the home – place males as dominant.

While acknowledging that male victims are common, we must beware of the tendency to believe the male voice is the most reliable.

It is also common for perpetrators, regardless of gender, to play the disempowered role with conviction. Some may use a public face that contrasts sharply with their private one, exuding sophistication and charm as a way to win observers to their side and discredit their victim.

Emotional and psychological abuse is often misunderstood, sometimes even by police. In interviews, officers often suggested that substance abuse or poor mental health are the reason someone becomes a victim, rather than acknowledging these issues are often a result of the abuse.

Dismantling a victim’s mental capacities is a foundational abusive strategy. Victims commonly describe a slow descent into instability at the hands of a competent perpetrator. “Gaslighting” is a tool of manipulation used to erode and deny the victim’s sense of reality, leaving them with a fragile sense of self and inability to function socially.

Despite these mental health effects and stereotypes about domestic abuse victims, people who experience intimate partner abuse are typically resilient and resourceful. Victims often describe themselves as strong and independent. “I never thought someone like me could be a victim of domestic abuse,” is a familiar refrain.

They will often resist their abuser, sometimes with physical retaliation, but this should not be confused with perpetration.

If a survivor sounds uncertain and self-conscious when recounting their experiences, it’s probably because they are – their reality and experiences have been denied. If they have reacted rashly or even violently, it’s because their resilience has been tested to the breaking point. And if they seem to have mental health issues, think about why this might be. It may be that they have been repeatedly and viciously emotionally and psychologically assaulted.

Sarah Tatton does not work for, consult, own shares in or receive funding from any company or organisation that would benefit from this article, and has disclosed no relevant affiliations beyond their academic appointment.