Inflation hits fresh 40-year high, pushing Fed to get more aggressive with interest rates – and the ‘Beveridge curve’ should give it courage to do so 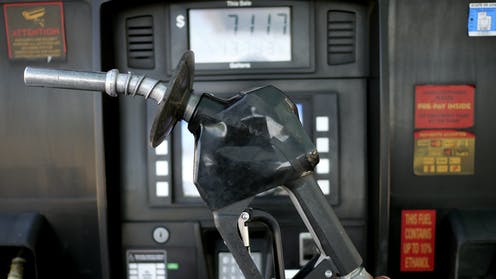 Inflation surged at the fastest pace in over 40 years in May 2022, pushing the Federal Reserve toward a more aggressive pace of interest rate increases to slow it down. While there’s concern it could cause unemployment to spike, a little-known economics indicator suggests the Fed can do so without causing too much economic pain.

The Fed has already raised interest rates twice in recent months – including a half-point hike in early May – in an effort to tame inflation. Yet the consumer price index rose to an annualized rate of 8.6% from 8.3% in April, the Bureau of Labor Statistics reported on June 10. That’s above economic forecasts of 8.2% and the highest reading since December 1981, which is the tail end of the last time the U.S. economy wrestled with ferocious inflation.

In other words, the actions by the central bank so far don’t appear to have had much of an effect.

But lifting rates further could come at a cost. Economists fear that raising rates too fast and too steeply would likely put the brakes on economic growth, resulting in an economic recession and soaring unemployment. Yet as an economist who studies inflation, I believe there are several reasons the Fed can more fiercely fight inflation without worrying so much about unemployment.

Slow at the switch

Economists and investors have been urging the Fed to get more aggressive for many weeks.

Their main argument is that soaring inflation is at least partly the fault of the Fed – and the federal government. U.S. policymakers pursued very aggressive stimulus programs to cushion the economy-pummeling effects of COVID-19. The roughly US$4.6 trillion in stimulus money eventually led to an increase in overall demand for goods and services, which drove up prices at the same time that supply chains were a mess.

Compounding matters, Russia’s invasion of Ukraine has caused a spike in oil and gas prices.

Meanwhile, the Fed has been accused of being slow to take policy actions that could have helped tamed inflation sooner. Even the 0.5 percentage point rate increase in May seems weak in retrospect.

In the Fed’s defense, it has good reason to be cautious. The Fed has what is known as a dual mandate to not only keep inflation in check but to promote maximum employment.

The trouble is, actions intended to reduce inflation can cause unemployment to rise.

And so the Fed has been focused on executing a so-called soft landing, in which it raises interest rates enough to slow inflation but not so much it sends the economy into recession – which would likely result in fewer job vacancies and more Americans without work.

But I think the Fed now has two big reasons to throw its caution to the wind.

The first is what the latest inflation data tells us. Runaway inflation is terrible for an economy, and very painful for consumers, and so the Fed has no choice but to bring it down at whatever cost.

The other has to do with what is known as the Beveridge curve, a tool economists use to analyze the labor market and one increasingly being monitored by Fed Chair Jerome Powell and others.

The Beveridge curve looks at the statistical relationship between the level of unemployment and the number of open job vacancies. The idea behind this curve is pretty straightforward: When there are many unfilled vacancies, the labor market is extremely tight, and it is easy to find work, leading to an extremely low level of unemployment. On the other hand, in a slack market, the number of vacancies is low and it is more difficult to find jobs and the unemployment is high.

In May, there were 11.5 million job vacancies in the U.S. for 6 million unemployed people. This nearly 2-1 ratio is wildly high – the highest ever recorded. In contrast, before the pandemic, when the labor market was in very solid shape, there was one vacancy for every two unemployed people. The Beveridge curve uses rates, so it currently shows a 7.3% job opening rate over a 3.6% unemployment rate.

Historically, a drop in job openings – prompted by a slowing economy, for instance – corresponds with a rise in unemployment, and vice versa. But the pandemic has changed the existing pattern dramatically, and it looks as if unemployment is less responsive to changes in the job opening rate. This means the Fed could get more aggressive about hiking interest rates to curb inflation without worrying so much that a drop in job vacancies due to an economic slowdown will cause unemployment to jump dramatically.

That said, we should also keep in mind that the latest numbers represent a lagging indicator. It takes time for the Fed’s policies to be seen in the data, and for all we know the rate hikes are already having an effect.

Still, I believe the Fed has a strong case for more aggressive action – so don’t be surprised if the U.S. central bank lifts rates by 0.75 percentage point at its next meeting in mid-June. That would be the biggest increase since 1994.

Veronika Dolar does not work for, consult, own shares in or receive funding from any company or organization that would benefit from this article, and has disclosed no relevant affiliations beyond their academic appointment.