How do painkillers actually kill pain? From ibuprofen to fentanyl, it’s about meeting the pain where it’s at 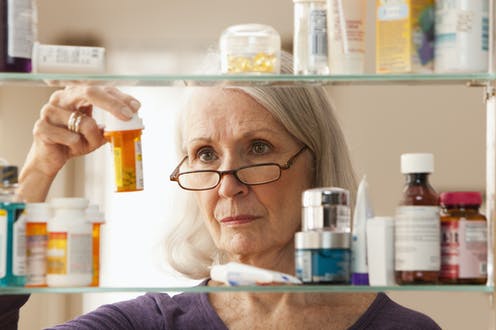 Without the ability to feel pain, life is more dangerous. To avoid injury, pain tells us to use a hammer more gently, wait for the soup to cool or put on gloves in a snowball fight. Those with rare inherited disorders that leave them without the ability to feel pain are unable to protect themselves from environmental threats, leading to broken bones, damaged skin, infections and ultimately a shorter life span.

In these contexts, pain is much more than a sensation: It is a protective call to action. But pain that is too intense or long-lasting can be debilitating. So how does modern medicine soften the call?

As a neurobiologist and an anesthesiologist who study pain, this is a question we and other researchers have tried to answer. Science’s understanding of how the body senses tissue damage and perceives it as pain has progressed tremendously over the past several years. It has become clear that there are multiple pathways that signal tissue damage to the brain and sound the pain alarm bell.

Interestingly, while the brain uses different pain signaling pathways depending on the type of damage, there is also redundancy to these pathways. Even more intriguing, these neural pathways morph and amplify signals in the case of chronic pain and pain caused by conditions affecting nerves themselves, even though the protective function of pain is no longer needed.

Painkillers work by tackling different parts of these pathways. Not every painkiller works for every type of pain, however. Because of the multitude and redundancy of pain pathways, a perfect painkiller is elusive. But in the meantime, understanding how existing painkillers work helps medical providers and patients use them for the best results.

A bruise, sprain or broken bone from an injury all lead to tissue inflammation, an immune response that can lead to swelling and redness as the body tries to heal. Specialized nerve cells in the area of the injury called nociceptors sense the inflammatory chemicals the body produces and send pain signals to the brain.

Common over-the-counter anti-inflammatory painkillers work by decreasing inflammation in the injured area. These are particularly useful for musculoskeletal injuries or other pain problems caused by inflammation such as arthritis.

Nonsteroidal anti-inflammatories like ibuprofen (Advil, Motrin), naproxen (Aleve) and aspirin do this by blocking an enzyme called COX that plays a key role in a biochemical cascade that produces inflammatory chemicals. Blocking the cascade decreases the amount of inflammatory chemicals, and thereby reduces the pain signals sent to the brain. While acetaminophen (Tylenol), also known as paracetamol, doesn’t reduce inflammation as NSAIDs do, it also inhibits COX enzymes and has similar pain-reducing effects.

Prescription anti-inflammatory painkillers include other COX inhibitors, corticosteroids and, more recently, drugs that target and inactivate the inflammatory chemicals themselves.

Because inflammatory chemicals are involved in other important physiological functions beyond just sounding the pain alarm, medications that block them will have side effects and potential health risks, including irritating the stomach lining and affecting kidney function. Over-the-counter medications are generally safe if the directions on the bottle are followed strictly.

Corticosteroids like prednisone block the inflammatory cascade early on in the process, which is probably why they are so potent in reducing inflammation. However, because all the chemicals in the cascade are present in nearly every organ system, long-term use of steroids can pose many health risks that need to be discussed with a physician before starting a treatment plan.

Many topical medications target nociceptors, the specialized nerves that detect tissue damage. Local anesthetics, like lidocaine, prevent these nerves from sending electrical signals to the brain.

The protein sensors on the tips of other sensory neurons in the skin are also targets for topical painkillers. Activating these proteins can elicit particular sensations that can lessen the pain by reducing the activity of the damage-sensing nerves, like the cooling sensation of menthol or the burning sensation of capsaicin.

Because these topical medications work on the tiny nerves in the skin, they are best used for pain directly affecting the skin. For example, a shingles infection can damage the nerves in the skin, causing them to become overactive and send persistent pain signals to the brain. Silencing those nerves with topical lidocaine or an overwhelming dose of capsaicin can reduce these pain signals.

Nerve injuries, most commonly from arthritis and diabetes, can cause the pain-sensing part of the nervous system to become overactive. These injuries sound the pain alarm even in the absence of tissue damage. The best painkillers in these conditions are those that dampen that alarm.

Antiepileptic drugs, such as gabapentin (Neurontin), suppress the pain-sensing system by blocking electrical signaling in the nerves. However, gabapentin can also reduce nerve activity in other parts of the nervous system, potentially leading to sleepiness and confusion.

Antidepressants, such as duloxetine and nortriptyline, are thought to work by increasing certain neurotransmitters in the spinal cord and brain involved in regulating pain pathways. But they may also alter chemical signaling in the gastrointestinal tract, leading to an upset stomach.

All these medications are prescribed by doctors.

Opioids are chemicals found or derived from the opium poppy. One of the earliest opioids, morphine, was purified in the 1800s. Since then, medical use of opioids has expanded to include many natural and synthetic derivatives of morphine with varying potency and duration. Some common examples include codeine, tramadol, hydrocodone, oxycodone, buprenorphine and fentanyl.

Opioids decrease pain by activating the body’s endorphin system. Endorphins are a type of opioid your body naturally produces that decreases incoming signals of injury and produces feelings of euphoria – the so-called “runner’s high.” Opioids simulate the effects of endorphins by acting on similar targets in the body.

Although opioids can decrease some types of acute pain, such as after surgery, musculoskeletal injuries like a broken leg or cancer pain, they are often ineffective for neuropathic injuries and chronic pain.

Because the body uses opioid receptors in other organ systems like the gastrointestinal tract and the lungs, side effects and risks include constipation and potentially fatal suppression of breathing. Prolonged use of opioids may also lead to tolerance, where more drug is required to get the same painkilling effect. This is why opioids can be addictive and are not intended for long-term use. All opioids are controlled substances and are carefully prescribed by doctors because of these side effects and risks.

Although cannabis has received a lot of attention for its potential medical uses, there isn’t sufficient evidence available to conclude that it can effectively treat pain. Since the use of cannabis is illegal at the federal level in the U.S., high-quality clinical research funded by the federal government has been lacking.

Researchers do know that the body naturally produces endocannabinoids, a form of the chemicals in cannabis, to decrease pain perception. Cannabinoids may also reduce inflammation. Given the lack of strong clinical evidence, physicians typically don’t recommend them over FDA-approved medications.

While sounding the pain alarm is important for survival, dampening the klaxon when it’s too loud or unhelpful is sometimes necessary.

No existing medication can perfectly treat pain. Matching specific types of pain to drugs that target specific pathways can improve pain relief, but even then, medications can fail to work even for people with the same condition. More research that deepens the medical field’s understanding of the pain pathways and targets in the body can help lead to more effective treatments and improved pain management.