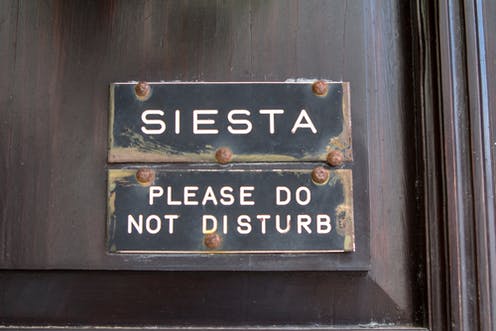 With our planet heating up, we all need help coping with increasing temperatures in our day-to-day lives. The UK provisionally recorded its highest ever temperature, 40.3℃, on July 19 2022, and records are being broken across the world.

In 2021, I said that it was very likely that temperatures would reach 40℃ in the UK within the next 10 years. It was clear then how unprepared many parts of the world were for these spiralling temperatures.

But, there are lots of ways to try and adapt to extreme heat. Here are some suggestions that temperate countries can learn from hotter ones.

The European siesta has its origins in Spain where field workers took a break to escape the heat of the day, but it also has links back to the Romans in Italy, who also took some time out in the afternoon. Although 60% of Spaniards no longer take a siesta, taking a break in the middle of the day is practised by many countries globally. This avoids working in the hottest part of the day. Allowing time for a short nap of 30 minutes could also benefit our health and wellbeing and give us energy for the rest of the day.

There are some accounts of European explorers encountering the dress of those in more tropical regions and being surprised at the loose fitting nature of people’s clothing.

What we wear has a big influence on our ability to be able to cool down, and loose, light-coloured clothes help. Clothing changes how sweat is lost from the body and how we gain or loose heat from factors like the wind and the sun.

Examples that work well can be found around the world. The thawb or tobe is a traditional item of clothing from the United Arab Emirates and other parts of the Middle East and North Africa. It is thought that the air flow around this garment cools the wearer.

Other places with cool traditional clothing include saris, and dhotis for men in India, and kente and oubou garments from African nations in the Sahel region, including Ghana.

Exercise is important to keep us healthy. For those into running outside, learn from hotter countries, such as Australia, where the recommendation is to run in the evening or morning, because they are the coolest parts of the day.

Pregnant women are one group that are thought to be vulnerable to extreme heat, and at one point were recommended not to exercise in hot countries. But there’s some evidence that pregnant women can exercise for up to 45 minutes at a temperature of up to 32℃ with a humidity (the amount of moisture in the air) of 40% with low risk.

Read more:
Seven tips for exercising safely during a heatwave

Ventilation is a key part of building design to promote cool air flow in hot weather. A good example is the Mactan Cebu international airport in the Philippines, with its high ceilings and low eaves. The open, undulated design gives maximum space for air to flow around the building and allows hot air to rise.

Other elements can be used in building design. In some southern European countries, for instance, you see shutters on the outside of windows. Shutters help to absorb sunlight cooling the inside. In cooler countries windows often open outwards, so shutters or blinds would have to be added inside buildings, until home design changes.

Although these practices from hotter countries can be used by cooler countries to reduce the affect of heat, it is important to remember that heatwaves (a period of three or more days in a region’s warm season, or any when in the tropics) occur in hot regions too. Recent record temperatures in India and Pakistan resulted in crops dying and increased death rates.

With this in mind, the world needs a global early warning system for heatwaves and investment in infrastructure, as well as continuing to work towards tackling climate change.

Chloe Brimicombe receives funding from NERC through the SCENARIO DTP and the University of Reading. She is a visiting scientist at ECMWF. She is also associated with the Walker Institute and Evidence for Development. 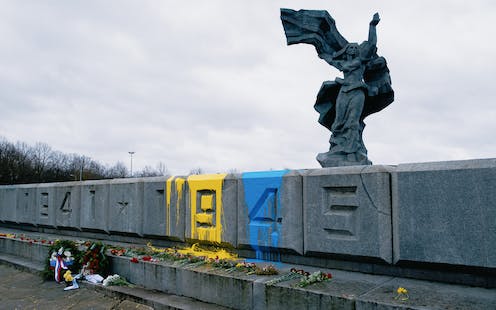 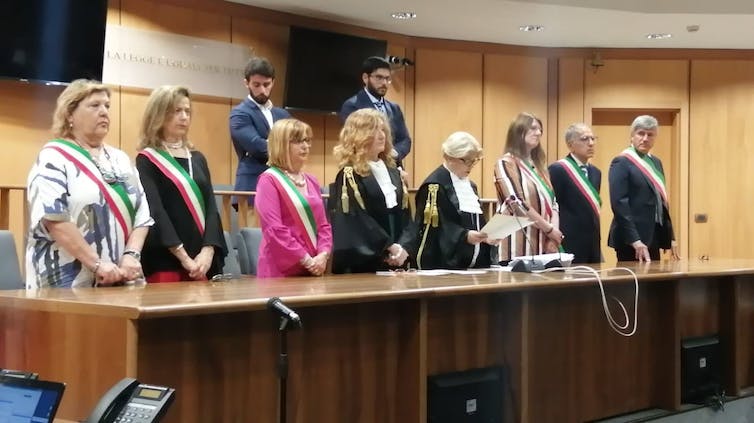