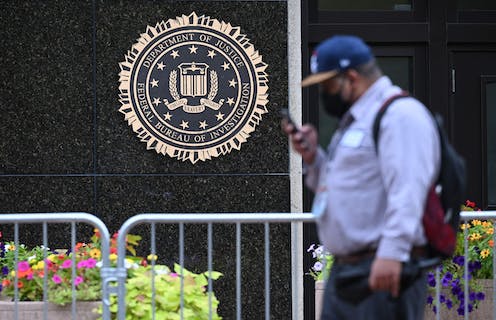 The Justice Department on Aug. 26, 2022, released an affidavit written by an FBI special agent that was used to obtain a court order for the FBI’s search of former President Donald Trump’s Florida estate for documents related to national defense and other government records.

Large portions of the affidavit were blocked from public view, leaving many questions about details of the investigation. Nonetheless, what is visible shows the FBI had solid evidence that Trump took documents critical to national security to his Mar-a-Lago estate.

Florida federal Judge Bruce Reinhart had ordered on Aug. 22, 2022, that the affidavit – which typically contains key details about an investigation to justify a search warrant – be made public following a lawsuit from media organizations and other groups. But Reinhart also said in his order that he would allow the Justice Department to first redact some of the affidavit’s most critical information, like “the identities of witnesses, law enforcement agents, and uncharged parties … the investigation’s strategy, direction, scope, sources, and methods, and … grand jury information.”

It’s the latest development in the legal conflict over government documents, including national security material, that Trump has kept in violation of the law, according to the affidavit. The document shows that there is what the law calls “probable cause” to believe that Trump committed various crimes, including violation of the Espionage Act.

1. What is a search warrant affidavit?

Let’s start with a search warrant, which is a court order authorizing government agents to enter property without an owner’s permission to search for evidence of a crime. The warrant further authorizes agents to seize and take away such evidence if they find it.

In order to get a search warrant, the government must provide the court one or more statements made under oath that explain why the government believes a crime has been committed, establishing that there is sufficient justification for issuing the warrant. If the statement is written, it is called an affidavit. This is why the first sentence of the unsealed affidavit has the words “being duly sworn” following the blacked-out name of the agent making the statement.

2. What’s the most important takeway from this affidavit?

Given that a lot of the information on the affidavit has been blacked out, probably the most telling new information is that the FBI agent says that a review of Mar-a-Lago documents the government had already obtained by grand jury subpoena earlier this year were marked in a way that would clearly indicate national security was at risk.

3. How does the affidavit show national security was at risk?

The affidavit reveals that some of the documents stored at Mar-a-Lago were marked HCS, indicating they were intelligence derived from clandestine human sources – or what we would think of as secret intelligence information provided by undercover agents or sources within foreign governments. If the identity of agents or sources is revealed, their intelligence value is compromised and, even, their lives may be at risk.

4. Is it common for a court to unseal an affidavit while an investigation is underway?

5. What does this say about the investigation and the seriousness of Trump’s alleged crimes?

The information revealed in the affidavit indicates that the country’s national security and the safety of intelligence agents were possibly put at severe risk when national defense documents were apparently stored in a room at a resort in Florida.

Even someone like a former president who initially had lawful possession of national defense information commits a felony by retaining that information after the government demands its return. Trump can not hang on to national defense documents even if, while president, he “declassified” such documents, as he claims he did.

It’s been documented that a Chinese spy penetrated Mar-a-Lago while Trump was president. It is an unsecured location. If a foreign spy got into that room and walked out with information disclosing U.S. undercover agents around the world, or how we have been monitoring and collecting classified information around the world, I see the potential harm as staggering.

Clark D. Cunningham does not work for, consult, own shares in or receive funding from any company or organisation that would benefit from this article, and has disclosed no relevant affiliations beyond their academic appointment.