Russian president Vladimir Putin has reportedly replaced the commander of his Black Sea fleet just three days after an attack on the Russian Saki airbase in Crimea, as Ukraine’s military strategy shifts towards regaining territory in the south, and especially Crimea.

Meanwhile, Russian aircraft are being moved to bases deeper inside the peninsula or to the mainland. Sevastopol, where the Black Sea fleet command is based, is on high alert. Ukraine has threatened to attack and destroy the famous Kerch Strait bridge which links the Russian mainland to Crimea.

There have been two major attacks in one week on military targets in Russian-occupied Crimea, where fires destroyed an ammunition dump and military aircraft. More than 3,000 people had to be evacuated.

Although Ukraine was reluctant at first to acknowledge the attacks, it is now clear that they were the work of Ukrainian special forces.

Crimea was occupied by Russia in 2014, and it has been strategically useful as a base for attacks in the 2022 Ukraine war. Although Ukraine has previously outlined plans to retake all of its territory, a counter offensive is somewhat unexpected. Ukraine has the means for effective defence, but currently lacks the numbers of troops and equipment for a large-scale offensive.

The attacks in Crimea were sabotage operations carried out by a resistance force, attacking Russian aircraft and ammunition dumps. Reznikov explained to the Washington Post: “We’re using a strategy to ruin their stocks, to ruin their depots, to ruin their headquarters, commander quarters … “It’s our answer to their meat-grinder tactics.”

Russian authorities have admitted that munitions stored at the Saki airbase on Crimea’s western Black Sea coast had exploded on August 16, 2022, but tried to downplay the event. However, satellite observation by independent companies showed that eight Russian military jets on the base had been destroyed.

These attacks are important for several reasons. First, it shows how Ukraine is able to deploy resistance and special forces inside Crimea and possibly other territories to launch guerrilla-type attacks on Russian forces. These cannot be countered with the kind of high-intensity, conventional warfare Russia is using.

Ukraine does not have missiles with the range that can target Russian bases outside Ukrainian-controlled territory, so this is a new tactic. It has potentially far-reaching consequences, as Crimea now becomes an insecure territory drawn into the war, threatening Russia’s domination of eastern Ukraine.

The Russian propaganda machine seeks to downplay Ukrainian attacks on Crimea while at the same time condemning them. However, privately, the Russian leadership is taking a more serious view. They understand that the security of Crimea is no longer guaranteed.

Clearly Ukraine’s larger goal is to push Russia out of all of its territory, including Crimea. On March 19 2021, almost a year before the Russian military attack began, Ukraine’s National Security and Defence Council adopted a strategy to retake Crimea and reintegrate the peninsula with the rest of the country. But at that time there was no prospect of a military campaign to achieve this.

Now that Russia and Ukraine are at war, the Ukrainian government is taking the view that Russia must be completely driven out of all of its territory before there can be an end to the war. Whether this objective is achievable remains to be seen.

For now, it is unclear if Ukraine can muster the military resources from its allies for large-scale offensive operations that could drive Russia out of the Donbas region and Crimea.

The status of Crimea has been a bone of contention between Russia and Ukraine since the dissolution of the Soviet Union, but it has a much deeper history. The Imperial Russian Navy under Peter I identified the natural harbours of Crimea in the Black Sea as an important strategic asset.

During the Soviet period, Crimea was part of Russia until Soviet leader Nikita Khrushchev assigned the territory to Ukraine in 1954. When the Soviet Union was dissolved, the borders of the new states were identical to those of the former Soviet Republics and therefore Crimea remained part of Ukraine, but from the outset, there was deep dissatisfaction in Russia. This was especially due to its its strategic importance and because 60% of the population of Crimea consisted of ethnic Russians.

However, in the 1994 Budapest Memorandum Russia and the United States, among other signatories, guaranteed the security and territorial integrity of Ukraine as it permitted nuclear weapons to be removed from its territory.

Russia sought to control Ukraine indirectly through a close relationship with the then Ukrainian president Viktor Fedorovych Yanukovych. But after the widespread Maidan street protests in Kyiv during 2013 and abandonment of plans to move closer to the EU, Yanukovych was deposed by the parliament and had to flee. In February 2014 Putin decided to annex Crimea after a referendum that was widely seen as fraudulent.

Analysts in Ukraine and the west currently believe that there isn’t any immediate prospect of Russia entering into serious negotiations about ending the war, despite the current Crimean offensive. This may change if a stalemate develops where neither Russia nor Ukraine see any realistic prospect of improving their positions. Crimea could become a key stumbling block in negotiations.

In time, Ukraine may come under much greater pressure from its allies to end a long war and settle for less than regaining all its former territory. The issue of Crimea remains difficult because it has a majority Russian-speaking population. The final outcome will not only depend on the military campaign, but also on the attitudes of the population in this piece of disputed land.

Christoph Bluth received funding from the Volkswagen Stiftung for a study of the post-Soviet space. 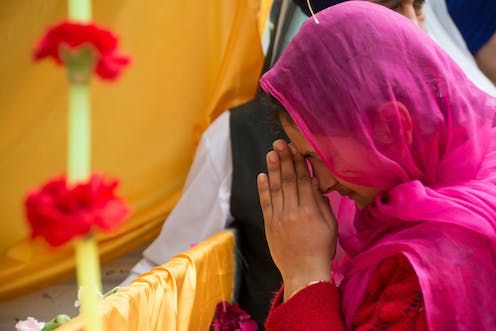 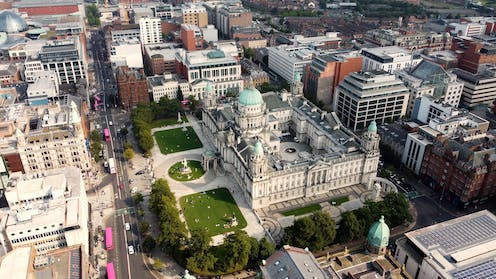