Conservatives and liberals are equally likely to fund local causes, but liberals are more apt to also donate to national and global groups – new research 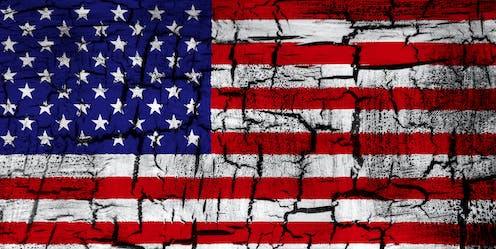 Conservatives were less generous overall than liberals during an experiment in which people could give some money to COVID-19 relief charities. Conservative participants also overwhelmingly preferred to use this opportunity to give to local charities rather than national ones, even if they expressed more nationalistic sentiments than liberals.

These are the main findings of a study we recently published in Political Psychology, an academic journal. Our research group also included Marilynn Brewer, Orgul Ozturk, Adriana Pinate and Giulia Urso.

We conducted an online experiment with 932 U.S. and 723 Italian residents in 2020. We gave US$5 to the Americans and 4 euros to the Italians – amounts that were roughly equivalent in value at the time of the study. They could keep that money or allocate all or part of this small sum to one of three charities. One was active at the local level – a U.S. state or an Italian region. The other two were national and global causes. The charities’ names were not specified. Participants wishing to give the money away had to first choose one charity and then decide how much to give.

After deciding how much they wanted to donate and which kind of group their gifts would fund, participants completed a survey regarding their ideological orientation and the degree to which they identified with the local, national and global community.

This pattern surprised us because 45% of conservatives, as opposed to 18% of liberals, stated they most closely identify as Americans or Italians rather than identifying more with their state or region across the three groups. We were also intrigued to see 39% of liberals saying they identified the most as members of the global community. Only 8% of conservatives said they felt that way.

About 1 in 5 of the participants identified as moderates. Fittingly, the way they chose to donate or keep the money they received during the experiment fell between how liberals and conservatives responded.

Other researchers have studied generosity by letting people choose between donating to national or foreign causes. But those are not the only options available or the only kinds of geographic allegiances people have.

Understanding how liberals and conservatives tend to give to charity is important because of the growth of political polarization, which has the potential to hinder collective action.

Our finding that both conservatives and liberals may prefer helping others at the local level could be relevant in terms of how to best respond to collective crises like pandemics and climate change.

A large-scale study conducted in 42 countries prior to our own also found that conservatives tend to be less generous than liberals.

However, the researchers who conducted that earlier study didn’t assess preferences for giving to local groups.

Previously we examined data collected at the same time to see whether exposure to the COVID-19 pandemic was tied to greater generosity. We found that it was.

People may behave differently in experiments like this and in real life.

Some researchers have found that study participants tend to display more generosity than they otherwise would. Yet substantial evidence points to significant correlation.

And while our U.S. and Italian results were remarkably similar, we cannot be sure that they would necessarily be the same everywhere else.

Gianluca Grimalda receives funding from the European Union under the Horizon Europe program and from the Diligentia Foundation.