Conservative Party: who are the rebels and why do they want Boris Johnson gone? 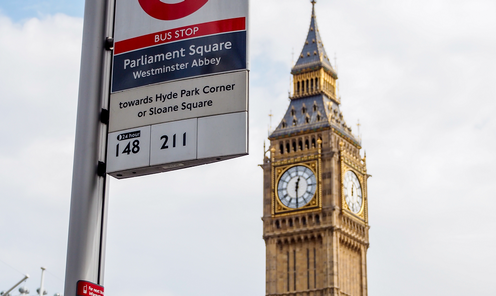 Boris Johnson rose to power as the Conservative Party’s “Heineken” leader: deemed able to reach parts of the electorate that other Conservatives couldn’t. But fewer than three years after winning a stunning election victory, he now has the distinction of attracting the greatest vote of no confidence in any prime minister.

That he is simply carrying on, while claiming that a vote of 211 MPs supporting him to 148 expressing no confidence in his leadership is both “decisive” and “convincing” reminds us that he exceeds all his predecessors, too, in effrontery.

Consequences flow from attempted coups. Pre-eminent among them is the ministerial reshuffle, with a view to restoring authority through the principal lever open to a prime minister – patronage. After a failed coup, this is not only about hiring and firing but also rewarding and punishing. With a secret ballot, and a notoriously duplicitous electorate, rebels can be hard to identify – particularly when this was a much broader insurrection than that faced by his predecessor, Theresa May. But rebels there are aplenty.

There have always been “ginger groups” or cabals in the parliamentary Conservative Party, but never so many as today. Facilitated by social media, some are little more than WhatsApp groups, but others have deeper roots.

The Tory Reform Group, formed in 1975, is the most hostile to Johnson, both personally and politically (some members particularly publically so). The similar One Nation Conservatives, exclusively MPs, draws on the ancestral lineage of Disraeli and his concerns about a socially divided country. Both are “wet”, to use a more informal designation from the Thatcher years.

In 1993, Eurosceptics established the European Research Group (ERG), a then marginal outfit and a marginal concern which, within 20 years, was to transform British politics and effectively bring down two prime ministers. It has receded in prominence after its objective was achieved. But the post-Brexit parliament tribes sprouted.

There are the geographical. The very existence of the Northern Research Group (NRG) is due to Johnson’s appeal in traditionally Labour seats (the “red wall”). The extent of its success will be measured in whether there still is an NRG after the next election. The China Research Group pushes for a harder line on policy towards Beijing.

There are the cultural. The Common Sense Group defends traditional values (and statues) in an age of “wokery”, while the overlapping Blue Collar Conservatism promotes many of the causes which appealed to Ukip voters.

There are also the apparently practical policy associations, which are actually deeply ideological. The Covid Recovery Group (CRG) broadly maintains that the state – practically and philosophically – exceeded its remit during the pandemic. In turn, the Net Zero Scrutiny Group (NZSG) questions the certainties of the “green agenda”.

An array of gripes

Tory tensions are exacerbated through the ideological incoherence of Johnson himself: a social liberal, who took power through a populist nationalist movement, and then won a mandate based on state intervention (“levelling-up”), an inclination which the pandemic reinforced.

Thus the NRG is more partial to state spending than is the CRG or the Common Sense Group. The One Nation Conservatives are unhappy with, among other things, the Rwanda asylum seeker policy and privatisation of Channel 4. The CRG and NZSG dissent from the high-tax, high-spend – “un-Conservative” – nature of Johnson’s government.

A unique motivation for rebels – and one which traverses the tribal lines – is the personal integrity of the prime minister himself. No leading politician has so routinely been called a liar (one of several traits he shares with the similarly ideologically incoherent Donald Trump).

It’s no more than a measured judgement – though it sounds like a personal attack – to say that Johnson is the most dishonest prime minister since David Lloyd George, who survived similar scandals and misgivings before rising to the premiership (eventually to be brought down by Conservative MPs, who then formed the 1922 Committee to mark the occasion). Both were touched by a kind of genius that for their supporters absolved them of the tiresome pieties of honour and veracity.

That the UK has left the EU does not mean that Europe has left British politics. The scarring of the Brexit wars will long remain visible – though this affects Johnson both less and more than might have been expected. The Northern Ireland Protocol – an attempt to get around the problem of having a hard border either in the Irish Sea or on the island of Ireland – remains a problem and is an affront for many of his MPs.

Northern Ireland apart, Johnson has largely neutralised Europe as an issue (for now at least) by effecting a hard Brexit – and then purging remainers who continued to object. This has meant his MPs may be less divided on the age-old issue of EU membership, but his cabinet is weaker as it has been stripped of talent that would otherwise be on the front bench.

The party faces by-elections on June 23 in Honiton and Tiverton in Devon and in Wakefield in Yorkshire in the heart of the red wall, both of which the Conservatives are expected to lose.

Johnson’s value to his party has been that he has never been regarded as being typical of it – that he possesses an appeal broader even than that of his church. But with 0% growth forecast, inflation the highest for 40 years, the greatest tax burden for 70 years, the red wall about to be rebuilt, and the results of a parliamentary inquiry into whether he’s a liar pending, the grounds for rebellion will increase in fertility – and so the chance of an outcome truly both decisive and convincing.

Martin Farr does not work for, consult, own shares in or receive funding from any company or organisation that would benefit from this article, and has disclosed no relevant affiliations beyond their academic appointment.