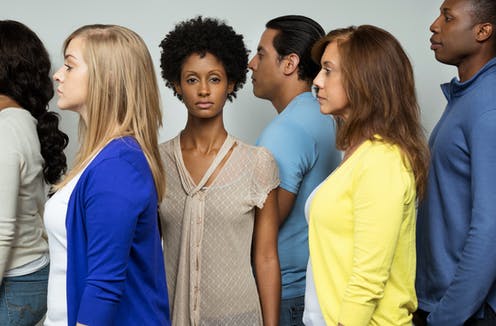 When community activists protest issues related to local schools, they do so through movements that are largely segregated by race and class. This is what I found through my research on community activism and school reform in Denver over a span of five years.

Both Black and white community activists had an interest in keeping local schools from being closed. They also wanted better quality schools and more of a voice in what happens at those schools. But they seldom joined each other in their efforts because their battles for neighborhood schools were rooted in different experiences of gentrification.

These movements don’t always succeed. I found in my research that different experiences of gentrification produce segregated movements to preserve neighborhood schools. This split ultimately keeps activism fragmented and prevents it from turning into a stronger, larger, more unified multiracial movement.

Although white, middle-class activists told me they valued diversity, none of them saw gentrification as problematic. They also felt their presence was beneficial to the neighborhood. They wanted schools to which their children could walk and with which they felt connected.

They also felt entitled to have more say in how neighborhood schools operate. This in turn alienated Black and Latino activists.

These divergent views on gentrification as beneficial or destructive ensures that white, middle-class activists and Black, low-income activists will be unable to join forces. Consequently, they are unlikely to use each other’s strengths to fight for their common cause – which, in this case, is to sustain and provide resources to local neighborhood schools instead of closing them in favor of charter schools or moving them out of the neighborhood.

It remains to be seen how segregated school reform movements, produced through different experiences of gentrification, can work through their deep divides and unite for their shared interests. White, middle-class activists in particular would need to better recognize their own participation in gentrification and affirm the grievances of the low-income Black and Latino activists who could be in their coalition.

Research suggests that money and political will are already stacked against the prospect of high-quality, public neighborhood schools in every community. If segregated school reform movements could find common ground, they might be better positioned to fight against these forces.

Hava Rachel Gordon does not work for, consult, own shares in or receive funding from any company or organization that would benefit from this article, and has disclosed no relevant affiliations beyond their academic appointment.