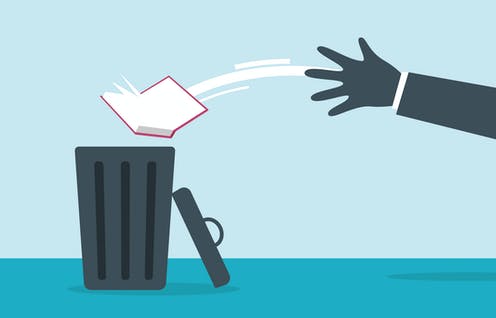 Charities following widely accepted norms for nonprofit financial management generally perform worse than those embracing other approaches. That’s the main – and perhaps surprising – finding of a new study that I conducted with Thad Calabrese, a fellow nonprofit management scholar.

We analyzed data spanning more than three decades from 4,130 charities engaged in everything from arts and culture to health and education. We reviewed only nonprofits that received at least half of their income from donations. The charities we studied were relatively large, spending an average of US$19 million per year. By comparison, about two-thirds of all charities that file tax returns have annual budgets under $500,000.

We found that charities that don’t embrace some common financial norms end up spending about 53% more money to advance their missions over a 10-year period than other charities. Examples of these norms include getting revenue from many different sources, avoiding debt and scrimping on expenses like information technology and office space that are known as overhead costs.

The norms we studied are of the less-is-better variety. For example, conventional wisdom holds that fundraising costs should be as low as possible to avoid creating an impression that donor money is being wasted. However, the reluctance to spend on fundraising may result in less money being available to spend in the future.

Evaluating how well a given charity operates is hard and expensive. But donors want assurances that they are being responsible when they give money away. One important way that charities can signal their trustworthiness is through their financial reporting.

Other websites go further by offering their own evaluations of charities. Typically these evaluations incorporate financial norms like the ones that we studied. For example, to earn their highest recommendations, Charity Navigator, CharityWatch and Give.org impose various limits on fundraising expenses. The underlying assumption is clear: the less spent on fundraising, the better. Charities that flout such norms may risk damaging their reputations and losing supporters.

Donors are right to be cautious; fraud and abuse do occur. But, as our research suggests, some nonprofit management practices that help charities look more trustworthy may potentially reduce their impact.

Ours is among several studies conducted in recent years that reevaluate the conventional wisdom regarding how nonprofits should be run.

Another research team assessed the wisdom of a rule of thumb that charities should maintain as little as three months’ worth of financial reserves. They found no evidence supporting it. To the contrary, they found that having so little cash on hand could endanger many organizations.

Maintaining multiple funding streams, such as by collecting donations, generating revenue through sales and attracting government grants, is another commonly accepted financial practice. Unfortunately, this approach isn’t necessarily as conducive to growth as commonly assumed.

It remains to be seen whether organizations with smaller budgets may also fare better by bucking nonprofit financial management norms.

And we found that different types of charities may be affected differently by adhering to various financial norms. Following the conventional thinking about nonprofit financial management could be beneficial for some organizations while being harmful for others.

The available evidence indicates that assessing a charity’s worthiness simply isn’t as straightforward as whether it’s following any particular rulebook.

George E. Mitchell serves on the editorial boards of the American Review of Public Administration and Nonprofit Management & Leadership. He is a member of the Association for Research on Nonprofit Organizations and Voluntary Action, the International Society for Third Sector Research, and the International Studies Association and is currently the director of the Center for Nonprofit Strategy and Management at Baruch College, CUNY.