Boris Johnson’s nightmare day: how to read between the lines in resignation letters from government ministers

Over the course of an extraordinary 24 hours, dozens of Conservative MPs have written to Boris Johnson to announce their resignation from his government following multiple scandals. Many of these letters were published on social media for all to see.

The cascade of correspondence began with two of Johnson’s most senior ministers declaring their departure simultaneously on July 5, having drawn a line under their association with Johnson when it emerged that he had received information about allegations of sexual misconduct on the part of a former deputy whip without taking action on it.

Three themes immediately emerged from the letters penned by former chancellor, Rishi Sunak, and former health secretary Sajid Javid as they left their posts. If you read between the lines, the personal ambition is clear in both letters. But there are also hints of a desire to protect the party and clear indications that the departing ministers have genuinely become disillusioned with Johnson.

The subjects raised by Javid and Sunak soon provided the writing inspiration for more than 25 other letters from fed up Conservatives. Here’s what we learned from a day of frenzied penmanship.

There is a sense of self-aggrandisement about the letters sent by Javid and Sunak. The latter opens by declaring his pride in how many jobs and businesses were protected during the pandemic thanks to furlough support – thereby reminding readers of the central role he played in one of the Johnson government’s key successes.

For his part, Javid references satisfaction over the performance of the NHS during the rollout of COVID vaccines but also emphasises his own achievements in developing the NHS modernisation programme and in addressing health disparities. Javid’s departure is with regret as these represent projects he wishes to see to completion. Here we see a leadership hopeful highlight not only his self-perceived competence but also a dedication to equality and fairness – not bad choices for anyone with a general election on their mind.

It’s the leader, not the party

An important theme in many of the letters sent to the PM is the need to save the party from its leader.

Javid explains his decision wholly as wishing to defend his party. He writes:

We may not have always been popular, but we have been competent in acting in the national interest. Sadly, in the current circumstances, the public are concluding we are now neither.

The fault, for Javid, is with Johnson, who has failed to grasp “the moment for humility, grip and a new direction”.

Sunak’s criticisms towards the prime minister are more veiled. While he wrote “the public expect government to be conducted properly, competently and seriously”, he does not directly state that Johnson’s government is not meeting these standards. Sunak was close to the top of that government so it is awkward for him to argue it has not governed competently. He does, however, focus on its economic competence over the years – perhaps unsurprisingly given that was his beat.

In later resignation letters, resigning government figures said the party and its members deserve better and that the party has been “distracted from its core missions”. Another spoke of the need to “look to the future for my constituents and the Party”.

The message is that this party wants to have a future after Johnson.

Smart players put clear blue water between themselves and Johnson

Naturally, in order to ensure the party has a future, resigning MPs sought to make a clear distinction between themselves and Johnson. Any MP hoping to either retain their seat or further their career appears to be seeking to emphasise how they are different from the now spectacularly unpopular Johnson.

Sunak, for example, mentions honesty but is careful not to talk about honesty regarding either rule breaking. Instead he talks of being honest about the difficult decisions that the government must take. The criticism that Sunak makes pointedly is that the prime minister over-promises. It is not about telling untruths, it is that “our people know that if something is too good to be true it is not true”. The reason then given for Sunak’s resignation, despite the timing, is that his and Johnson’s approaches to managing the economy are “fundamentally too different”.

Javid’s critique of Johnson rests on the fact that he does not adhere to the values the country expects and demands of the party – a claim Sunak seems unwilling to make.

Multiple other letter writers talk about how their own values are now incompatible with serving in Johnson’s government. He has become the outlier in a party that otherwise upholds the highest standards.

Former children’s minister Will Quince is more direct in his letter, addressing the events which caused these resignations – the news that Johnson had known about the allegations of misconduct but allowed ministers to be briefed to the contrary. Maintaining a highly respectful tone he refers to “briefings from Number Ten… which we now know to be inaccurate” and notes that he “accepted and repeated those assurances in good faith”. In other words, he had been misled.

There is so much material in the letters sent to Johnson in this short period that we could analyse them for years to come. But resignation letters are on-the-record government documents. Like the conventions of parliament they are respectful and impersonal. What follows next could be far worse.

Javid, for example, was more forceful in his oral statement to the House of Commons about his resignation. Others may follow his lead, providing even better insights into what has been happening behind the scenes of Johnson’s crumbling government.

Darren Lilleker does not work for, consult, own shares in or receive funding from any company or organisation that would benefit from this article, and has disclosed no relevant affiliations beyond their academic appointment. 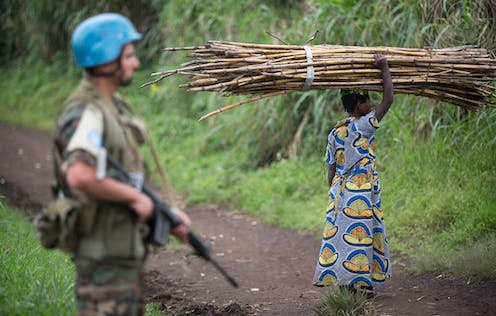 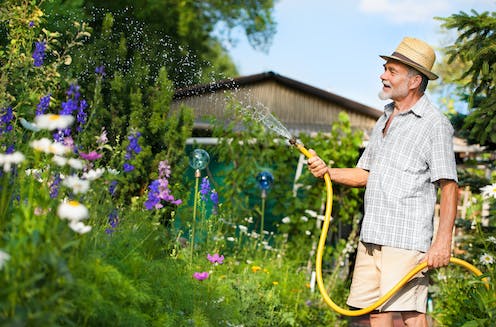