With many nations making efforts to transition away from fossil fuels to renewable energy, SciLine interviewed Erin Baker, a professor of industrial engineering and operations at UMass Amherst. Baker discussed the technological, political and regulatory efforts needed for this transition, as well as ways that our fossil fuel-dependent system disproportionately harms poor communities and communities of color.

The Conversation has collaborated with SciLine to bring you highlights from the discussion, which have been edited for brevity and clarity.

How is our country doing at making the transition to renewable energy?

Erin Baker: There has been amazing technological change over the past 15 years. Offshore wind costs 50% less than it did six years ago. Solar has had a sixfold decrease in costs since 2010. And I think there’s a lot of evidence that technology will adapt and improve if we set the goals and incentives for it.

In terms of policy and regulations, we are moving forward, but we need to be more aggressive. Something that we’re missing and that would be really helpful would be a coherent, federal-level climate policy – whether that is regulatory policy, such as we have for pollution, or a carbon tax or some kind of a cap. The Inflation Reduction Act would be a fantastic starting point if it becomes law.

A good example of something that has been done is President Biden’s move to coordinate and streamline the federal approval process for offshore wind. There are seven federal agencies involved, and having them all separate and moving at their own pace was really difficult for offshore wind energy developers. So Biden has coordinated that, and that’s fantastic. But there are tens of local and state-level agencies and processes that developers still have to go through. It would be really great if we could figure out ways to coordinate and streamline those.

How does our current energy system disproportionately harm poor communities and communities of color?

Erin Baker: Unfortunately, in a lot of different ways. Polluting facilities tend to be located disproportionally in areas that are low income and home to people of color, which can lead to negative health outcomes. Also, in the Texas blackout last winter that killed around 250 people, some research done by my colleague Jay Tenaja showed that the long blackouts were four times as likely in communities of color as in predominantly white communities. And, unfortunately, the energy transition won’t necessarily be any more equitable.

For example, it’s common for states to subsidize rooftop solar. And this is good, but the people who get the subsidies are people who own roofs with sun shining on them. People who live in apartments and in cities don’t have access to this, and yet they’re paying for the subsidies. We take the money for the subsidies from everyone, including low-income people, and send them mostly to white, wealthy suburbs.

How can injustices in our energy system be rectified?

Erin Baker: There’s obviously no one solution, but there are a couple of categories of things we can do. One thing that would be really helpful would be to collect data. We have very little data about energy equity issues.

We also need to involve and listen to the traditionally marginalized communities that are most affected by the inequities.

What do you think of the federal and state targets set for offshore wind?

Erin Baker: The Biden administration set a target for 30 gigawatts by 2030. That’s an ambitious goal, since in 2019 the entire world had only 30 GW. But it’s growing rapidly, with global capacity at an astounding 56 GW.

Having this goal of 30 gigawatts helps to organize the supply chain – all the pieces that need to get done for this to happen. We need people who know how to install offshore wind farms. We need special ships. We need planning for transmission. Having these goals really helps to organize all that and make sure all these pieces are in place.

What are the environmental costs and benefits of offshore wind?

Erin Baker: Offshore wind is a really promising technology. The ocean has really good wind resources. And it’s near population centers – we have lots of cities up and down the coasts. Because wind energy is carbon-free, it will provide benefits by reducing emissions and reducing costs.

Some of the work I’ve done has shown that there are billions, and maybe even trillions, of dollars of climate value in offshore wind. We lose between US$10 million and $150 million per year per wind farm by delaying them. We really want to keep these large global environmental benefits in mind as we plan. These can be balanced against local environmental costs and benefits, as well as other factors, like jobs.

In terms of local environmental benefits, when you build an offshore wind farm, the stuff underneath the water ends up creating an artificial reef and actually increasing sea life in that area, which is a benefit.

Negatively, they interfere with bird migrations. Birds don’t actually fly into the wind turbines that much. They fly around them. But if there are a lot of wind farms, that’s a lot of flying around, and that can be hard on the birds. And some animals, like right whales, can get caught in mooring lines if we have floating wind turbines. So, there are local environmental costs. What we need to do is balance these with the global benefits from addressing climate change.

Are you hopeful about our ability to address climate change?

Erin Baker: I am optimistic that we can solve climate change, because humans are very inventive. My work on technological change has shown that once we have a goal or incentive, we tend to improve technologies much faster than we ever predicted. So I think we can be ambitious. We can aim for net-zero by 2030 instead of 2050. And we can solve climate change while at the same time stimulating innovation, fueling growth and increasing quality of life. But we have to set these goals. To access the benefits of the energy transition, we really need to act boldly and decisively.

Watch the full interview to hear more about what’s required for a just, renewable energy transition.

SciLine is a free service based at the nonprofit American Association for the Advancement of Science that helps journalists include scientific evidence and experts in their news stories. 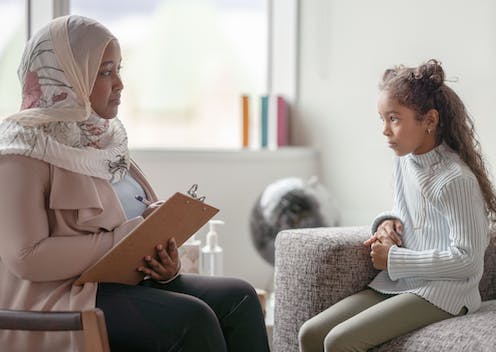 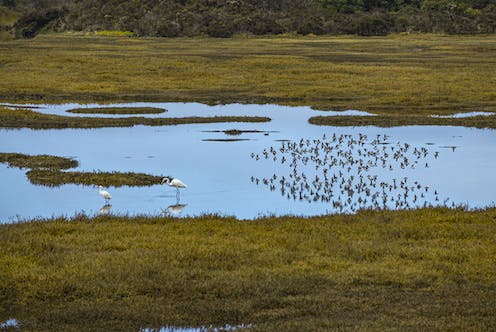 Which wetlands should receive federal protection? The Supreme Court revisits a question it has struggled in the past to answer 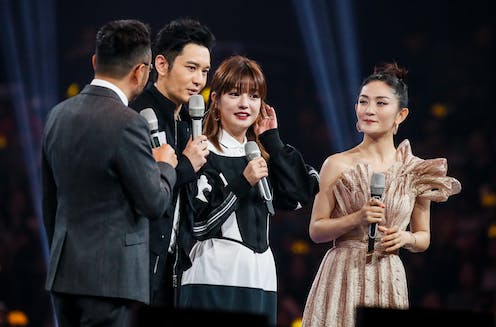 How Chinese celebrities are amplifying official policy on Taiwan, pushing ‘One China’ messages to millions of fans online