America’s next big labor battle could be Minor League Baseball 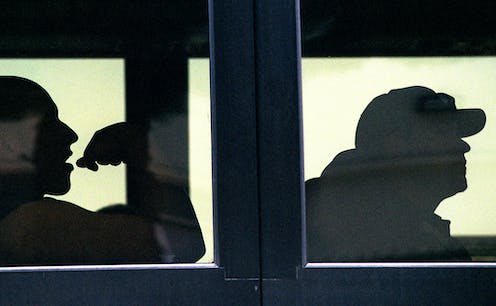 When the Major League Baseball Players Association sent union authorization cards to approximately 5,000 minor league players in an attempt to unionize, I was both surprised and not surprised at all.

If any industry is crying out for unionization, it’s this one. Minor league baseball players are subject to some of the poorest wages and most dreadful working conditions in America. Most of them toil for years before being washed out of the game without ever having reached the promised land of the big leagues.

On the other hand, as someone who has written about baseball’s labor history, I’ve noticed how nobody seemed to care all that much about minor leaguers until relatively recently.

Which begs the question: Why now?

Unionization, once a powerful weapon in the arsenal of the nation’s workforce, looks to be making a comeback – at least marginally, after decades of declining membership and strong-arm tactics by management to defang it.

If unions can work their way into the strip mall coffee shop, why not Minor League Baseball?

Big leaguers get their due

It was hard enough to get major league players to work collectively on behalf of one another.

Marvin Miller, a former labor negotiator for the United Steel Workers of America, became the executive director of the Major League Baseball Players Association in 1966. He soon realized that he faced a monumental task in encouraging big league, brand-name players to stand up for themselves against management.

By 1968 he was able to negotiate the first collective bargaining agreement for MLB players. Two years later, he succeeded in not only raising the minimum major league salary 25% to US$10,000, but also securing for his players arbitration rights. By 1976, players with more than six years of service had won the right to become free agents and negotiate with any team of their choice. Salaries skyrocketed.

As the MLBPA scored victory after victory on the labor front, life for the minor leaguers remained as it had been, and the chasm between being a big leaguer and a minor leaguer grew more pronounced as the decades passed.

Over time, the grueling life of a minor leaguer became the stuff of legend, explored in films like “Bull Durham” and “Sugar.” Travel often remained as it always had been: by bus. Trips could last for days; it wasn’t considered cruel and unusual punishment to include clubs residing in Maine, Virginia and Ohio in the same league.

Players are only paid during the roughly five-and-a-half month season. According to Advocates for Minor Leaguers – which was subsumed by the MLBPA as part of the union organization push – until 2021, the minimum minor league salary came out to around $4,800, which amounted to about one-third of the national poverty level of $12,880 for a single-person household. Meanwhile, the median minor league salary hovered around the national poverty level. On top of all this, players were responsible for securing and paying for their own housing.

A weak attempt to appease

In 2021, MLB began restructuring the minor leagues, realigning and contracting them such that 43 out of 163 minor league clubs were eliminated.

This improved things, but only incrementally. Most minor leaguers still toil for substandard wages under conditions that seem unfathomable given the gravy train that is pretty much everything else Major League Baseball touches.

To be sure, not all minor leaguers suffer under these circumstances. Early-round draft picks have the luxury of dipping into their substantial signing bonus money to supplement their minor league incomes. But all minor league players remain subject to a litany of further indignities at the hands of their employers: Clubhouses – where players can spend up to 12 hours a day – can be dingy shacks with dirt floors. Off days are few and far between – sometimes as few as a single day per month – and players are often made to feel disposable.

“Minor-league players need to be looked at as investments, not pawns,” one minor leaguer confided to a reporter for The Athletic in 2021.

“They act like we aren’t a part of the organization,” added another.

The winds of change

Suddenly, however, there’s been movement on the minor league front.

If nobody else saw this coming, MLB likely did. Why else did the league finally make incremental changes in 2021?

I doubt the MLB did this out of the goodness of their hearts. I believe they did it because, like Bob Dylan, they didn’t need a weatherman to know which way the wind was blowing.

In July, MLB settled a $185 million class-action lawsuit over minor league pay, agreeing to permit clubs to compensate these players for their work during spring training.

Formerly, clubs were prohibited from doing so. Now they’re free to compensate their players for this time – if they so choose.

The MLBPA could sense the shifting winds as well.

After decades of silence, people with influence were at last beginning to take note of what was going on down on the farm. Reporters started digging, and former players started speaking up, publishing thoughtful and incisive pieces detailing not only MLB’s back-of-the-hand treatment of minor league players, but also how the MLBPA often ignored or sold out their minor league counterparts in labor negotiations.

And then, of course, there have been the high-profile unionization efforts at places such as Starbucks, Amazon, Apple, Chipotle and Trader Joe’s, which signaled that something was clearly afoot beyond the bushes.

According to a recent Gallup poll, Americans’ support for unions is not merely ticking upwards – it’s at a 57-year high.

The unionization effort is far from a done deal; the MLBPA merely distributed union authorization cards. Now it’s up to a critical mass of minor league players to vote in favor of unionization.

All I know for sure is that minor league baseball today finds itself in a place it has never been before: on the precipice of real, profound change.

Depending on how things turn out, perhaps one day the reality of being a professional ballplayer might actually resemble the fantasy so many young ballplayers have clung to for generations.

Mitchell Nathanson does not work for, consult, own shares in or receive funding from any company or organization that would benefit from this article, and has disclosed no relevant affiliations beyond their academic appointment.